On a sunny June afternoon in northeast Portland, OR, I found myself standing inside of a white 1976 Airstream Argosy.

After all, an adventure isn't much of an adventure if you already know what's going to happen. Adventure step #1 was getting it home,  which involved the borrowing of a large truck and soliciting the companionship of my girlfriend who kept me apprised of important details like the door having flown wide open on the freeway...and nearly sideswiping a police car. Twenty-five not-so-confidence-inspiring miles later I dropped her off at home and completed the rest of the 100 mile journey alone.

Parked behind my workshop I admired my own madness. I literally had no idea what I was going to do with this thing. I love that feeling.  Over the next few weeks, I set about extracting the Brady Bunch inspired interior until there was nothing left to remove. After fixing some holes and some rot, I whitewashed the walls and nailed in a glowing FSC certified Douglas Fir floor. With the addition of a whey-based polyurethane coating I had exactly what I was looking for, a blank canvas to begin anew. 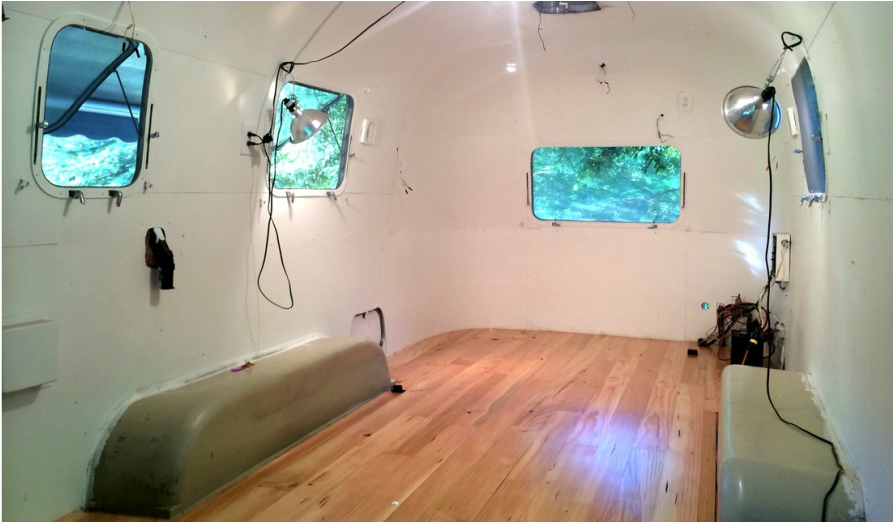